Wondering what the best metaverse stocks are? Metaverse stocks are the newest dot.com stock. Early investors in internet-based stocks such L. John Doerr says that the internet is the largest wealth-making advancement in capitalism’s long history.

Today, Doerr is the Kleiner Perkins Caulfield & Byers co-founder and chairman. The company is a venture capital business that made early investments in Twitter, Google, and Amazon. As a result, Doerr has a $6.70 billion net worth

Doerr refers to himself as an inveterate techie with a profound respect for entrepreneurs. He made an $11.8 million bet on a startup built by two young Stanford graduate school dropouts in 1999. This is despite the fact that its founders’ vision felt too grandiose at the time.

The internet has opened up another unusual, almost odd, but massive wealth generation channel; metaverse stocks. The rising metaverse ecosystem is giving the curious techie and entrepreneur a new early investment opportunity that could scale massively in the future.

As per a Bloomberg Intelligence report, the metaverse will be worth $800 billion by 2024. In 2020, it was worth $480 billion. Consequently, the metaverse compound growth rate per year is 13.1%. The industry analysts also say that the merging of the digital and physical is the next step in the development of the internet.

The metaverse is a virtual world that supports peer to peer virtual interactions through activities such as gaming meetings. Digital forms called avatars are the metaverse’s main forms of identity. There are companies heavily investing in virtual worlds, providing the investment scene with the best metaverse stocks.

For this reason, video game services, gaming hardware and software stocks will be worth over $400 billion in 2024. In addition, the sector’s in-game ad revenues will constitute 70% of the sector’s rising sales volume.

These companies make massive profits with minimal overheads. They also are making huge sales from memorabilia and in-game assets NFTs. As per Bloomberg research metaverse, live entertainment stocks could cross the $200 billion volume by 2024.

Besides world builder stocks, Morgan Stanley proposes  VR and AR business as the best Metaverse stocks to buy. According to their research, these enterprise metaverse sectors will be worth over $72.8 billion by 2024.

In 2020, VR/AR spending was worth $12 billion. In addition, VR/AR applications have more potential outside gaming and are now supporting virtual tours of museums, tourist sites and music performances.

They are also finding applications in commerce, education, heavy or hazardous machines, industries and hiring processes. Other best metaverse stocks to invest in now include digital infrastructures such as 5G and 6G networks and cybersecurity.

A true metaverse will look and feel like the Ready Player One fictional metaverse’s Oasis provide. They will offer an immersive experience and will be an internet of senses. Here, visual, haptic and audio technology will blend, giving users a surreal physical world feel. VR and AR companies have commenced work on immersive experiences.

Blockchain metaverses such as Decentraland and Sandbox have made the play to earn gaming a reality. In the metaverse, gaming will adopt a social aspect. Users can create content, build sub-games and socialize in their avatar form.

Consumers in avatar form will join metaverses and make real-time purchases. Consequently, the metaverse will have a fully sustainable economy. To illustrate this point, Amazon is adopting AR and VR technology to enhance the shopping experience.

Artificial intelligence will bridge the gap between the digital and the real world. AI will improve the metaverse experience and support smooth communications networks.

Automation will provide a persistent real-time user experience and space and time continuum. The metaverse will run parallel to the real world and function even when users reboot or leave its shores.

Users will sync and connect multiple devices simultaneously to a shared network. These devices may eventually merge to form a metaverse access point.

Comparison of the best metaverse stocks

Best Metaverse stocks to buy in 2022

Meta is one of the best metaverse stocks to invest in now. The social media giant believes that the future is meta and has staked its name on it. Meta is now Facebook’s corporate name.

Meta has over 3 billion Facebook, Messenger, WhatsApp, and Instagram users, and it is now focusing on giving its users a taste of the metaverse via VR technology.

In August, Facebook launched a public model of a new Oculus app called Horizon Workrooms. Using the firm’s VR headsets that include the Rift and Quest sets, users can participate in meetings in avatar form. So put on your VR headsets and hang out with friends and families in your avatar forms.

While most of Meta’s revenue comes from Facebook ads and Instagram apps, its oculus headsets are also flying off the shelves.   The social media and metaverse giant has sold over 10 million Oculus Quest 2 VR sets.

Meta is positioning itself as the ticket to the metaverse via its Oculus and Horizon virtual reality subsidiaries. In addition, Meta has metaverse monetization plans that will enhance its virtual commerce and advertising revenue streams.

However, it has hit a rough patch with the EU and US governments over the Libra and Diem digital currencies.

Its rival is Epic Games’ Unreal Engine, which has a 13% market share. Metaverse building game engines support high-fidelity graphics and interactivity and are compatible with numerous devices, including mobile phones, PCs, ARs, and VR systems.

Weta Digital is the visual effects studio that brought the “The Lord of the Rings” movies to life. To this end, the average Unity Software content creator could build virtual worlds that have the ‘Battle of The Black Gate’ synthetic in VR and AR.

NVIDIA is a “picks and shovels” stock. It is a key metaverse infrastructure provider whose computing chip’s processing power will run the metaverse. NVIDIA’s 2021 fiscal revenue was up by 51%, totalling $27 billion as the demand for its computing platforms goes through the roof.

Moreover, in Sep 2020, NVIDIA bought a $40 billion valuation ARM Holdings from SoftBank Group. ARM  is a significant player in patents and software supporting chip implementation into computer systems. Now NVIDIA can build out its end-to-end ecosystem and directly place its GPU and advanced chips into devices.

As an illustration, a real estate business can leverage Matterport’s services and offer their customers a virtual walkthrough of an apartment, house, or commercial space in the comfort of their home.

Matterport recently announced its Matterport Axis™. Matterport Axis is a revolutionary motorized mount that operates with smartphones. This tool captures reliable high-fidelity images in seconds and supercharges s3D capture via phones. Matterport now has over 500,000 subscribers and had an annualized revenue of $66.1 million in 2021.

Roblox is a digital metaverse gaming platform. It has one of the most fleshed metaverses in the gaming sector. Roblox was first a popular 13-years old and below segment game, but it is expanding its market reach.

It is chasing older users into its metaverse by holding educational experiences and massive concerts in its metaverse. For example, Lil Nas X and Twenty-One Pilots have held concerts on Roblox.

Roblox is a top-grossing app on Google and Apple and has a $29.5 billion valuation. In addition, it is one of the best metaverse stocks of 2022 as more users spend their time in its metaverse in avatar form.

A large portion of Roblox’s revenue comes from the sale of Robux, its in-game currency. Roblox powers Roblox, a 50 million daily active user game. Roblox is also undergoing an expansion and is spending significant capital on acquisitions that will further flesh out its metaverse. As an illustration, Roblox has purchased Guilded, a platform that connects various gaming communities.

On top of that, Roblox and the national football club (NFL) have launched the NFL tycoon to onboard the next generation of NFL fans into its metaverse.

Activision Blizzard holds popular video game titles such as Call of Duty, World of Warcraft, Candy Crush Saga, Hearthstone and Diablo. Should Microsoft acquire Activision Blizzard, it will automatically onboard 400 million monthly active gamers and metaverse users making it one of the best metaverse stocks to invest in now.

Like Nvidia, Qualcomm is a chipmaker. The Qualcomm Snapdragon smartphone processor and CPU semiconductor is its flagship product. In addition, the semiconductor company is a potent metaverse “picks and shovels” stock since it provides the ecosystem’s computational efficiency.

Since the Snapdragon chip powers most mobile phones, it is an entry ticket to the metaverse and one of the best metaverse stocks. Qualcomm is also innovating with AR/VR and AI technology. 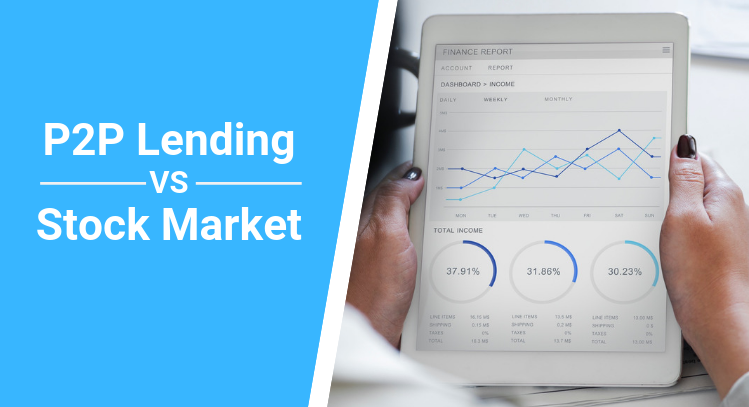